The Turkish government’s indiscriminate use of emergency decrees and other authoritarian practices as well as its complete disregard for the rule of law  force people to seek alternative ways to leave Turkey under dire conditions at the cost of their lives. 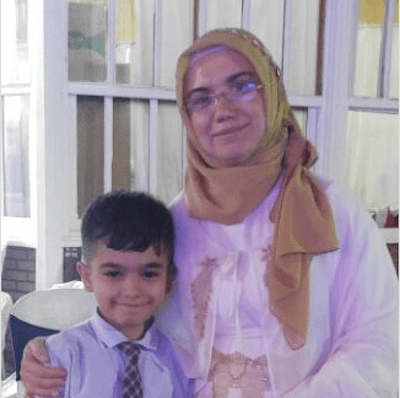 On 13 February 2018, a mother (37) and her two children (aged 3 and 11) were found dead after their boat capsized crossing the Meric/Evros river that flows between Turkey and Greece. Reports say that there were eight people (three men, two women and three children) in the boat, the others are still missing.

The mother was identified as Ayse Soyler Abdurrezzak, who was a teacher dismissed from her job with a state of emergency decree after the 15 July coup attempt in Turkey, due to her alleged link to the Hizmet Movement. Her husband, Ugur Abdurrezzak was also a teacher, dismissed from his job on similar grounds, jailed for 11 months, and released on bail in January 2018.

A similar incident took place in November 2017, when Maden family with three children drowned in the Aegean Sea.

What does this mean?

The Turkish government’s indiscriminate use of emergency decrees and other authoritarian practices as well as its complete disregard for the rule of law  force people to seek alternative ways to leave Turkey under dire conditions at the cost of their lives. Turkey is often praised for its response to the recent refugee crisis in the region by hosting the highest number of refugees in the world; yet, the current political and legal situation in the country forces its own citizens to embark on dangerous journeys to save themselves from persecution. To prevent similar tragedies from unfolding in the future, it is imperative that Turkey lifts the state of emergency, reinstates the rule of law and respects fundamental human rights and freedoms. It is also crucial that human rights organisations, Turkey’s friends abroad and other relevant agencies pay closer attention to how Hizmet people are being treated in Turkey in order to see the true extent of Turkey’s purge and bear witness to their sufferings.

For press enquiries please contact us by emailing info@hizmetstudies.org

London-based and founded in 2014, the Centre for Hizmet Studies provides access to reliable information and resources for serious study of Hizmet. The Centre aims to facilitate, as well as present, critical analysis of Hizmet for both academic and popular audiences. Its activities include research, resource development, online support, discussion forums and print publication.